The History of SJS

Stocksbridge Junior School was officially opened on the 11th May 1963, although children had moved into the current building in 1961. Prior to that year all school-age children in Stocksbridge had shared one building, which is now Stocksbridge High School.

For the first 13 years, the school was under the auspices of the West Riding of Yorkshire LEA until 1974 when, due to local government re-organisation, control was transferred to Sheffield.

In the 1960s and early 70s the school had two Headteachers, Mr West and Mr Frank Warrington. In January 1971, Mr Alan Booth was appointed new Headteacher after his predecessor had taken up a similar appointment in Scarborough. He remained head until Easter 1994 when he retired. The next Headteacher, Mr Dave Foster, commenced after the Easter holidays.

All children were given a school meal, apart from those who went home. The school hall had dining tables seating 8 children. Hot food was brought to each table and pupil servers passed the food around. Staff sat with the children. There were two sittings and the lunch break was 75 minutes long.

In the 70s, pupil numbers rose steadily in Stocksbridge reaching a maximum of 617 pupils on role. To accommodate all those children, the school needed five mobile classrooms and had sixteen classes – four classes per year group. Some classes had nearly 40 children in them! 1974 was the year of the national miner’s strike. Together with a severe winter, power cuts meant that the school day was shortened. It lasted for several weeks. Children worked until 1:30pm, then had their school dinner, before going home at 2:00pm.

In those early days, the school had a small library which is now the administration office.

During the 1980s, pupil numbers began to fall due to a low national birth rate. It was during this time that the school had its lowest number of pupils with just eight classes. Staff had to be redeployed. 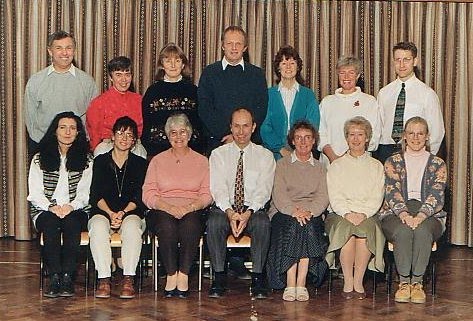 In 2003, the school celebrated its ruby anniversary with a huge summer fayre. Hundreds of red balloons were sent drifting into the sky on a warm sunny morning.

In all its years, the school has set very high academic standards, received unprecedented sporting accolades and achieved national success in drama, music and the arts.