After progressing through to the Y5 Links basketball finals, team Stocky were in action this week against some of the top schools in the Partnership. We have worked incredibly hard in the after-school club over the last two years in preparation for this event and we started really well getting a 2-2 draw against the top team, St Wilfreds. A fantastic performance in the second game against Gleadless winning 10-2 meant that everything rested on the last the last game against a very strong (and tall) Pipworth. The team gave their all but just lost out in the end but everyone gave everything and should be very proud of themselves. A special mention to Riley (Y4) who stepped in last minute after an injury to one of the boys and played exceptionally well and really stood up well to the test. Well done Riley and the Y5 team. 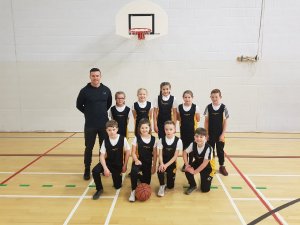